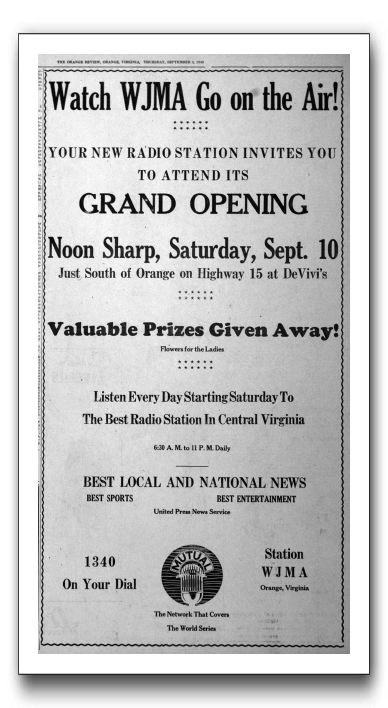 This receipt for WJMA stock is dated June 30, 1956. Frank L. Colivn was an original WJMA stockholder and he was selling to Woodbury Ober who was in the processing of buying out all the other original stockholders.
The FCC approved the sale in the Fall and it was announced in the Orange Review on October 4, 1956. But, ads in the Review as early as January 1956 indicate there was an effort underway to promote WJMA and give the station new energy. On November 1, 1956 a large ad in the newspaper featured the entire staff. You can see these ads and others in the "Print Ads" gallery.
contributed by Jimmy Colvin